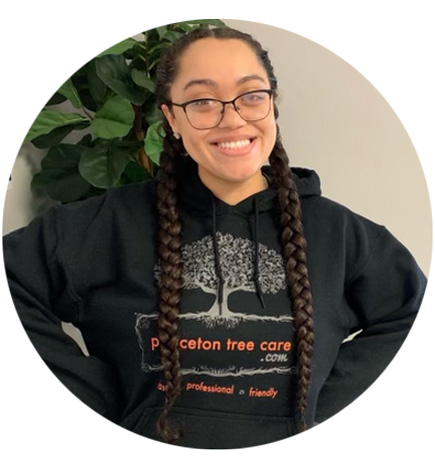 New Jersey is home to over 900 Million Trees. Among the states lush greenery are historic time capsules.

Being one of the first Colonies, New Jersey is rich in preserved artifacts from the time. One of those artifacts being “The Mercer Oak”. The 300-year-old tree received it’s name from General Hugh Mercer. Mercer led his troops to battle against the British on January 3rd, 1777. This battle is referred to as the battle of Princeton. During this battle Mercer was badly wounded. Refusing to leave his men, He laid under the lush canopy of what we know now as “The Mercer Oak”.  After victory at the battle of Princeton, General Hugh Mercer was taken to the Clarke House where he died 9 days later from his injuries.

The Tree lived on for many years after the battle, but in 1973 the tree was struck by lightning which damaged the trees integrity and caused the Mercer Oak to weaken. Come March 3rd, 2000 the Mercer Oak fell due to a damaging wind storm. Arborists were called in to remove all of what was left standing. To preserve this important piece of history, an acorn taken from the original fallen tree was planted next to the old stump in 2001.

The Mercer Oak has been a symbol of Princeton township and Mercer County for centuries. We highly recommended visiting Princeton Battle Field and taking in the beautiful nature that now occupies the field. The new tree continues Mercer Oaks legacy in reminding us to always remember the sacrifices made for our freedom today.