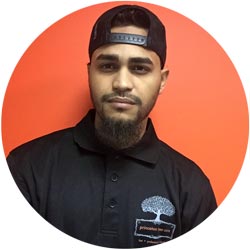 is the heaviest pine cone in the world!!! They can weigh up to 10 pounds or more (where is the biggest one?). These cones can be deadly if they fall on your head. Old time loggers called them “widow makers” because they killed loggers when cones fell. The Indians also ate the pine nuts.

is the longest pine cone in the world!!! Up to 24” or maybe more (where is the longest?) The name comes from the tree's sweet sap. The Indians used the sap like glue as well as chewed it like gum. The nuts are also edible. The tree is the tallest of all pines in the world. The sugar pine can be up to 280 feet!!

is known as the hardest pine cone in the world. Knob cone is a closed cone that relies on the heat of a wildfire to open them up so the seeds drop. This cone can become embedded in the branches.

was prized by local Indians who not only enjoyed the large edible brown nuts but used parts of the tree for a variety of medicinal purposes. Placing cones near a fire opens the scales so nuts can be easily removed. This is the only "one needle" pine in the world. Most pines have 3-5 needle sheaths.

has a small cone about 2 inches long. Used a lot in decorations, they are fairly open and easy to work with. The trees get their name from their trunks which are so straight they made great poles for the Indians’ teepees. The tallest Lodge Pole Pine in the world is located in the San Bernardino Mountains.

also known as “gentle Jeffrey”, the prickles on the end of its scales are turned inward so it does’t hurt when you handle it. The Jeffrey and the Ponderosa look alike but feel different. The Jeffrey isn’t prickly like the Ponderosa. Cones are typical in form and are 4-6 inches in length. You can also identify this tree by its bark which smells like vanilla.

looks a lot like the Jeffrey, but its scales stick out and make this pine cone “prickly.” Its nickname is “Prickly Ponderosa.” It is typically smaller than the Jeffrey Pine. The Ponderosa is the most widely distributed pine tree in North America. Frequently when Ponderosa and Jeffrey pines inhabit the same location, they will cross breed.

cones are thick, often curved and are between 3-8 inches in length. The tree is sturdy and stout and grows at the higher elevations. Its small branches are so flexible they can be tied in knots.