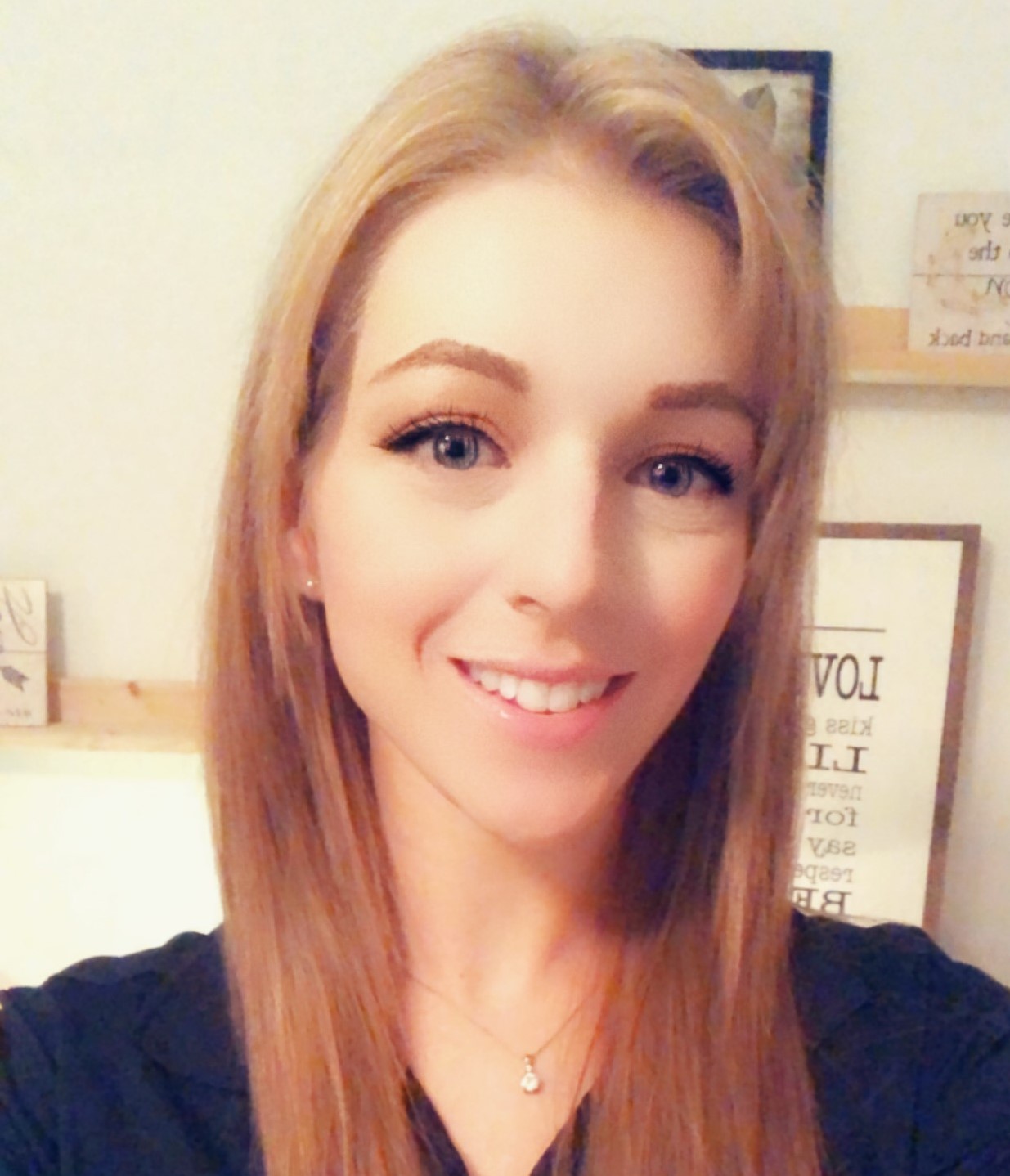 The wonders of the world weren't just built by human hands; Mother Nature has built a few of her own, among them a handful of trees that stand out for their longevity, size, historical significance, ecological value, beauty or just plain weirdness. These aren't necessarily the superlative trees of their kind, but they are certainly noteworthy — and worth a trip.

As with a cathedral or a world-class museum, seeing these arboreal wonders in person is the best way to get a sense of their one-of-a-kind splendor, but if you can't make the trip, a virtual tour will give you a sense of their beauty.

Borneo is rich in its diversity of plants, including around 3,000 species of trees. Of particular note are the trees located in the Danum Valley Conservation Area. In November 2016, one tree was declared the tallest tree in the tropics, standing at 309 feet. Its discovery coincided with the discovery of another 49 very tall trees in the area, all of which stand at least 295 feet tall. In fact, this region keeps on revealing more superlative trees, with a new one emerging in 2019, when researchers from Nottingham and Oxford universities, working with the South East Asia Rainforest Research Partnership, announced the discovery of a 330.7-foot giant.

The trees belong to the Shorea genus, a tree that accounts for 130 of those 3,000 species native to Borneo. These yellow merenti trees can live for hundreds of years, so these super-tall trees could have the tallest view in the region for centuries to come, while at the same time providing safe harbor for orangutans, clouded leopards and forest elephants.

It may not be the biggest, tallest or oldest tree in the world, but it's certainly the loneliest — and the thirstiest. Growing alone in Bahrain’s barren desert, miles from another tree or visible water supply, this 400-year-old mesquite tree is a miracle of survival. In fact, locals believe the Tree of Life grows on the site where the Garden of Eden once flourished. Its key to success may be a tap root that reaches 115 feet down to an underground aquifer. After vandals began carving names in the trunk and worshippers burned parts of the tree in a religious ceremony, the government took action in 2013, building a recessed concrete wall around this treasure to preserve it for future visitors.

This massive 2,000-year-old Montezuma cypress grows in a churchyard in Santa Maria del Tule in the Mexican state of Oaxaca and was named to UNESCO's tentative list of World Heritage Sites in 2001. Known locally as the Arbol del Tule, it boasts the stoutest trunk of any tree on the planet with a circumference of 137.8 feet. That means it takes 30 people with arms extended and hands joined to encircle it. Apparently this old legend has been drawing attention to itself for centuries; it was chronicled both by the Aztecs and the Spanish explorers who arrived later.

At more than 3,000 years old, this ancient European yew growing behind a churchyard wall in the village of Fortingall in Perthshire, Scotland, is believed to be the oldest tree in the United Kingdom and possibly all of Europe. The tree's other claim to fame is its recent sex change. For as long as anyone remembers, this long-lived treasure has been male, but recently scientists from the Royal Botanic Garden in Edinburgh discovered three red berries growing on a branch of its outer crown. Berries are only found on female yews, and the switch may be due to environmental stress. Of course, the rest of the tree remains male, making it one of the most unconventional trees you're likely to see.

We like to think this wouldn’t happen in today's more conservation-minded world, but some 80 years ago, when Charlie Underwood was looking to create a roadside attraction on his family's property 175 miles north of San Francisco, he carved a car-sized, drive-thru hole in a giant coast redwood. Dubbed the Chandelier Tree, this 2,400-year-old living giant remains an attraction in Northern California. For $5, tree-lovers can motor through the titanic trunk and picnic among the many other redwoods on the property, now a 200-acre park.

The grand Angel Oak has stood watch on Johns Island off the coast of South Carolina for some 1,500 years. That makes it one of the oldest living things east of the Mississippi. At 66 feet tall with a 9-foot diameter trunk, this mammoth live oak may not be the most massive tree in existence, but its spectacular canopy is something to behold, offering over 17,000 square feet of shade. The Angel Oak is currently owned by the city of Charleston, but it faces environmental threats from a developer seeking to cut down the protective forest that surrounds it

These bizarre looking evergreens growing on the island of Socotra off the coast of Yemen might leave you feeling like you've landed on an alien planet. Even stranger is the dark red resin that oozes out like blood when they're cut, which is why they're also called dragon blood trees. With their huge, densely packed upturned crowns that resemble inside-out umbrellas or oddly shaped giant mushrooms, Socotra dragon trees are uniquely suited for arid conditions. Unfortunately, they're also endangered due to human development and because climate change is drying out the island.

You'll have to travel to Andhra Pradesh, India, to see this behemoth banyan tree (marri means banyan and manu means tree) that spreads over more than 5 acres. It may look like a forest of individual trees, but Thimmamma Marrimunu is actually a single tree (similar to the one in the photo). Banyans have aerial prop roots that hang down and take root in the ground, giving the appearance of several thick interwoven trunks. This colossus is believed to have over 1,000 of them and may be the biggest banyan alive.

According to legend, the massive tree sprouted where Lady Thimmamma, a devoted wife, burned herself on her husband's funeral pyre in 1394. It remains a popular tourist spot, especially for childless couples who believe worshipping Thimmamma will result in pregnancy the following year.

Billed as North America's most photographed tree, this iconic Monterey cypress grows on a granite cliff overlooking California's stunning Pacific Coast. Located along the scenic 17-Mile Drive in Pebble Beach, the Lone Cypress is believed to be 250 years old. Scarred by a long-ago fire and held in place by cables and retaining wall, this much-visited beauty stands as a symbol of rugged American individualism. It also happens to be the longstanding trademark of its landowner, the Pebble Beach Company.

You may know this twisted beech tree tunnel as the King's Road in HBO's "Game of Thrones." In fact, it's one of Northern Ireland's most beloved arboreal attractions. The trees were planted by John Stuart in the late 18th century to line the avenue leading up to his Georgian mansion, Gracehill House. Today, Dark Hedges remains a magically impressive sight along Bregagh Road, drawing tourists from around the world. The otherworldly canopied boulevard even comes with its own ghost, the mysterious Grey Lady, who is said to wander through the gnarled trees, vanishing as she passes the last one.

Baobab trees are a strange and familiar sight on the savannas of sub-Sahara Africa with their hulking trunks that seem to dwarf everything around them. One of the most unusual examples — believed to be the biggest and perhaps oldest in the world at an estimated 1,700 years old — is the Sunland Big Baobab. But this ancient mammoth located in South Africa on Sunland Farm is a popular tourist draw for more than just its size and seniority. Quite a few travelers also show up for happy hour. That's right, there's a pub and wine cellar built inside the tree's hollow 33-foot-diameter trunk. Far from Hobbit-sized, this tree bar once accommodated 60 people during a party.

This sacred fig tree surrounded by temple walls is the oldest living tree planted by humans with a known planting date. That date: 249 B.C. What really catapults the Jaya Sri Maha Bodhi tree into super-stardom, though, is its sacred history. It's believed by many to be from a cutting off the Sri Maha Bodhi tree in India, under which Buddha reached enlightenment. Today, Buddhist pilgrims and others from around the world make their way to the Mahamewna Gardens in Anuradhapura, Sri Lanka, to pay homage to this living spiritual symbol.

These technicolor trees might look like the fantastical work of some psychedelic painter — and in a way they are, except in this case, the hue-happy painter is Mother Nature. Rainbow eucalyptus trees sport multicolored patches of green, purple, orange and maroon on their trunks left as the bark sheds. A native of tropical forests in the Philippines, Papua New Guinea and Indonesia, these polychromatic beauties are also grown in other parts of the world, including in Hawaii and in southern portions of the U.S. mainland. One of the best places to see them is the "painted forest" along the Hana Highway on the Hawaiian island of Maui.